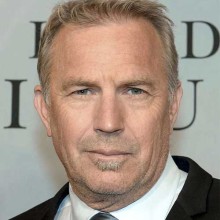 American actor, film director, and producer Kevin Costner arrives on the red carpet for the global celebration of the film "Hidden Figures" at the SVA Theatre, Saturday, Dec. 10, 2016 in New York. The film is based on the book of the same title, by Margot Lee Shetterly, and chronicles the lives of Katherine Johnson, Dorothy Vaughan and Mary Jackson -- African-American women working at NASA as “human computers,” who were critical to the success of John Glenn’s Friendship 7 mission in 1962 by NASA/Bill Ingalls / Photo: https://de.wikipedia.org/wiki/Kevin_Costner#/media/File:Kevin_Costner_2016.jpg / License: Public domain